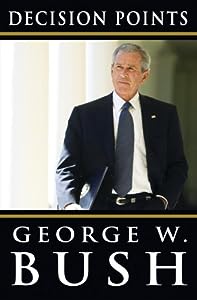 The source of the statement comes from a passage of the book where Bush describes a meeting between the two men taking place in 2002, and in which Schroder is reported to have said: “‘What is true of Afghanistan is true of Iraq.

Nations that sponsor terror must face consequences. If you make it fast and make it decisive, I will be with you.”

However, Schroder claims the exchange does not reflect what actually took place. Rather, he said, he had expressed that Germany would stand by the U.S. if it was proven that Iraq had “… provided protection and hospitality to al-Qaida fighters.”

But as it soon became clear that the link between Iraq and al-Qaida was not substantiated, Mr Schroder decided to denounce the use of force against Iraq, as he also exclaimed during the German election later the same year.

Die Spiegel said that the relationship between Bush and Schroder was seriously strained by the war in Iraq. In his memoirs Bush writes that although he continued to work with Schroder on certain issues “… it was hard to have a constructive relationship again.” Meanwhile, Schroder called the invasion of Iraq “the mother of all misjudgments.”