People’s Choice nominations were, not surprisingly, dominated by the movie Twilight. The Eclipse installment won 8 nominations in all. The award is considered definitive proof of the music and TV shows that have won the popularity of the masses. 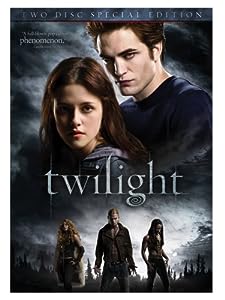 With 35 million votes deciding the nominations, even getting nominated is considered a big thing. The award will take place in Los Angeles and will be hosted by Queen Latifah. This will be one of the first Hollywood awards of this season.

The top favorite will have to beat Alice in Wonderland, Inception and Iron Man 2 if it wants to be accorded the honor of the best movie. It will also have stiff competition in the animated film segment as Toy Story 3 is in the fray.

The cast of Twilight was nominated for the best actor/actress honor even as the trio is in contention for winning the best on screen team in the awards.

The action star category is packed with men except for Angelina Jolie who has won the nomination for her role in Salt. Facebook has reached Hollywood as the movie The Social Network has won a nomination for the category of the favorite drama movie.