On Wednesday, Belgian actor Jean Claude Van Damme used the Web to deny recent reports that he had suffered a heart attack during filming on the set of his new movie “Weapon”. The actor used online tools such as Facebook and his website to dismiss media reports of this supposed heart attack. 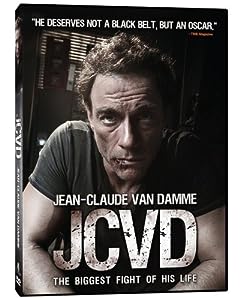 “Hours ago, I read a rumor online about me suffering a heart attack” said Van Damme on his Facebook page.

“Please do not believe all what you read from rumors on any unofficial JVCD sites. Jean-Claude Van Damme is 100 per cent healthy, training well for taking the fight and sending his fans and friends much love” Van Damme added.

“JCVD is in better shape than ever and preparing for his fight in July. He did not suffer from a heart attack on the set of “Weapon” as reported on some websites!”, the actor’s official website www.musclesfrombrussels.be said.

The reports appear to have arisen from Twitch, a movie website, which said that Van Damme was taken to the New Orleans hospital while he was filming for the new movie. The report added that Van Damme was later discharged and returned to Belgium for a full recovery. The movie “Weapon” is set to be released in 2011.